Discover the most beautiful Croatian beaches

The Croatian coast with clear and clean sea offers a variety of beaches.
Adriatic has numerous islands, bays and reefs hides mainly stone, gravel and sandy beaches. Hotel resorts are mostly located on the coast with nice beaches, often stone or gravel, while there is a smaller number of sandy beaches.
Trees that are typical for this part of the Mediterranean will give you lots of shade.
Some beaches are further equipped with various offers, slides for children, beach volley courts, and cafes and restaurants along the beach.
There are numerous beaches in Croatia, and its numerous islands and hidden coves still hide undiscovered beaches, away from civilization and tourist crowds.

Anyone can find a beach to their own taste, but we will help you and introduce some of the most famous Croatian beaches:

1. Zaton
Zaton: The Blue Flag is arriving once again to Zaton beach.

2. Biograd
Soline is located in the shade of a think pine wood, near a sandy and pebbled beach.

3. Novalja
Zrće is the most beautiful and most attractive beach in Novalja. It is known world wide for its summer entertainment.

5. Bibinje
Bibinje bays have beautiful and large beaches, and are among the most attractive parts of Bibinje tourist offer.

6. Bol
Zlatni Rat, a sh ape shifting beach, is one of the largest and most beautiful natural attractions of the Adriatic sea.

7. Makarska
Makarska: a city known for sandy and pebbled beaches.

8. Split
Bacvice beach is a cult playground for the game "Picigin", and the "World championship in Picigin" is held there yearly.

Rent a car in Split

If you have already decided to visit Bačvice and Split by car, know that with Autowill you can rent a car at Split Airport.

10. Dubrovnik
Always warm and clear sea, with a view on the open sea, city walls and the island Lokrum attract people from around the world to the beach Banje.

Rent a car in Dubrovnik 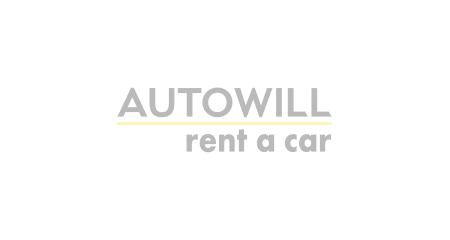 In Croatia, there are many music festivals that attract people from all over the world. The first thing that people usually bring up when they talk about Festivals is Ultra Music Festival Split. It is one of the most important music events in Croatia.

There are plenty of options for visiting the Ultra Europe Split 2022 Festival, but one of the best options for tourists is a comfortable passenger van. Passenger vans are ideal for transporting a group of friends and party-goers without any hassle.

Newsletter
Receive news, special offers and benefits in our offer
You have successfully subscribed to the mailing list. A confirmation link has been sent to your email.
Call Center
Working hours: Monday-Friday: 08:00-16:00
+385 99 484 00 10
reservations@autowill.hr

Accept All Accept only Required Settings